A new version of Admin Bro - automated admin interface for Node.js apps - is out there.

Last weekend we released a new version of AdminBro. The version number is v0.9 and we think that it is the last release in which we say that the library is in beta stage.

What is Admin Bro?

If you don’t know what the AdminBro is I’ve prepared 2 definitions:

It is a library which creates an entire Admin Panel where you can reuse your business logic already written in Node.js. It’s based on your schema definition, so building an admin panel from scratch is very easy.

It is a huge time saver. With AdminBro you can build a complete Admin Panel within hours instead of days.

And this is how it looks:

Since we are graduallP moving out of beta stage we’ve performed multiple optimisations which speed up the application on the production environment: 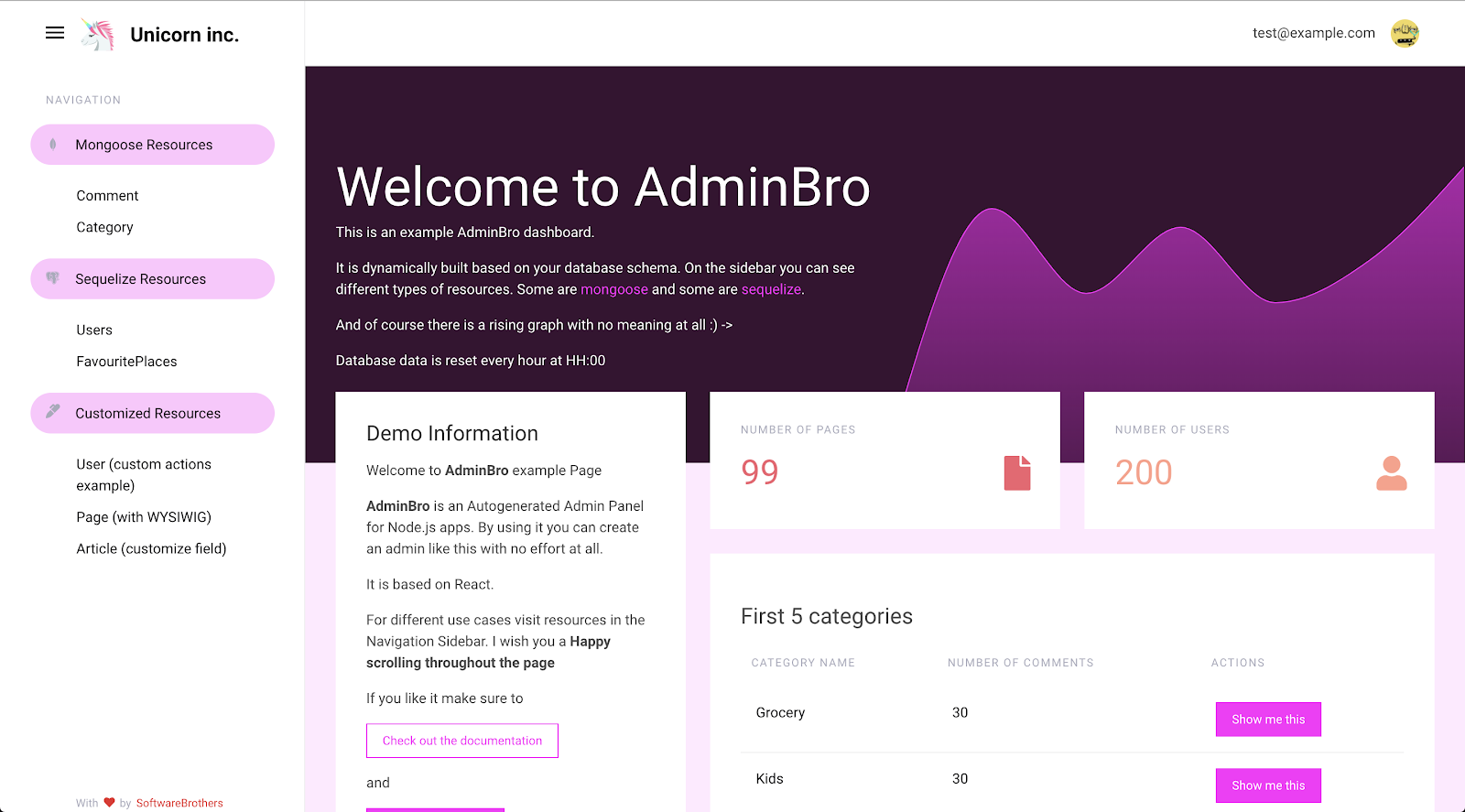 That’s pretty much it - at least for now.

First of all, I would like to encourage you to try out the newest version and give us feedback either by starring the repo or creating an issue (ideally both). On our end, we are still improving the admin panel and preparing a new version - 1.0

Very often brands neglect creating their online communities and leave the control to the fan-managed services. That’s where our UK client comes into play.

If you have ever been involved in a flat renovation, you surely know how ‘easy’ of a task it is. Now, imagine that on a bigger scale.

How AdminBro powered an app that was later acquired by VSCO

One of our AdminBro-powered partners — Trash, announced in December 2020 that they were acquired by VSCO. Here's a short story of how it happened.